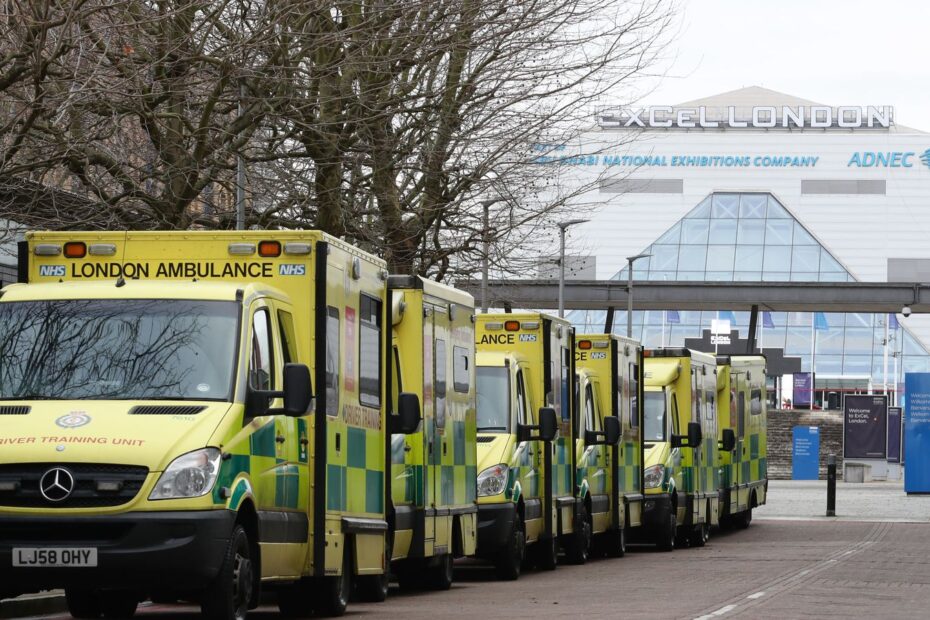 Scientists said a third wave could be “substantially larger” if variants of concern compared to the Kent one emerge.

A third coronavirus wave could happen in late summer or autumn if the next steps out of lockdown continue as planned, scientists advising the government warned.

Modelling by Imperial College’s COVID-19 Response Team also found there could be a “small wave” of hospital admissions and about 9,000 additional deaths by June 2022 if steps three and four of the roadmap continue as planned.

They said the timing and size of a third wave will depend on the levels of transmission between 17 May, when step three happens, and 21 June, when step four is set to take place.

But, if variants of concern emerge that are comparable to the Kent variant, a third wave could be “substantially larger” – both in hospital admissions and deaths – than the spike in the winter of 2021, the researchers said.

“Given the high vaccine uptake observed so far, most deaths are predicted to occur in vaccinated individuals, because of imperfect vaccine efficacy,” the report said.

Dr Anne Cori, from Imperial College, said the predicted small third wave may be “considerably larger” if variants of concern are imported into the UK.

“Limiting such importations will be critical in the next few months,” she added.

The team, whose modelling is used by the government to decide on when to relax restrictions, said step three restrictions are projected to maintain an R number – the number of people one infected person passes the virus to – of around 1. Above one means the epidemic is growing and below one means it is declining.

Hospital admissions and deaths could be kept at “very low levels” at step three, the scientists said.

Keeping at step three could also “dampen a third wave if a variant of concern did emerge that could partially evade vaccines and immunity from previous infection”, the report said.

Scientists advised that going back into step three from step four could be “an option to counter the emergence of variants of concern, at least temporarily until booster vaccines are distributed”.

Imperial revised the number of predicted deaths from COVID-19 down from previous reports as new data shows transmission from vaccinated people who still get infected is nearly 50% lower than from unvaccinated people.

Warwick University and the London School of Hygiene and Tropical Medicine, whose modelling informs the government, also revised their predicted deaths down.

He said vaccines have played a major role in reducing hospital admissions and deaths, as well as significantly reducing transmission.

Prof Ferguson added: “New variants of concern may pose a risk to reopening which is why a vaccine booster programme in the autumn will be important to help suppress any future outbreaks and maintain population protection.”

On Monday, Boris Johnson announced England would be going ahead with step three of the roadmap on 17 May, which lifts many of the restrictions put in place in January.

He said he is hoping to lift almost all restrictions by 21 June – step four of the roadmap out of lockdown.

Nicola Sturgeon announced on Tuesday that most of Scotland will move to “level two” restrictions from 17 May, with people allowed to hug and meet indoors.

Are you looking for protecting your area from Coronavirus, you can check our Far UVC solutions.

This article originally published on https://news.sky.com/story/coronavirus-third-uk-wave-could-occur-in-late-summer-if-reopening-continues-scientists-warn-12303671